This version of John Cage’s Solo for Trumpets (1957-58) was written in collaboration with Simon Desbruslais.

Performed in September 2018 at Hull Minster as part of the British Science Festival.

In August 2018, Simon Desbruslais and I travelled to three iconic locations in East Yorkshire to record three performances of  John Cage’s Solo for Trumpets: a cave at the North Landing beach on Flamborough Head; the Spurn Point Lighthouse; and an underpass underneath the Humber Bridge. Each has a unique and interesting acoustic, which is an imprint of its natural location but is also an inspirational quality for the performer. The subsequent performance of this piece mingles randomly-selected segments of those three location-based recordings with the live performance unfolding in that moment. 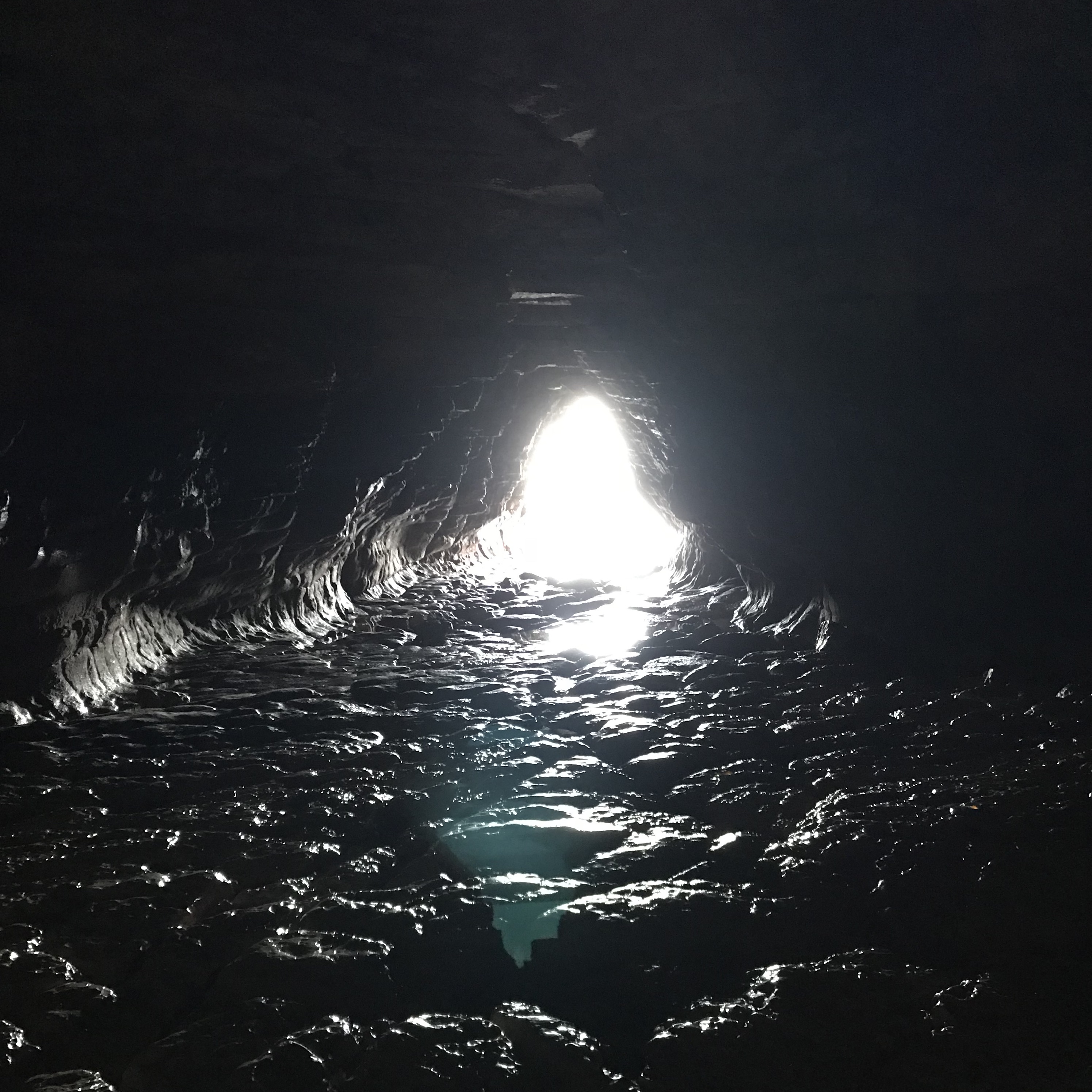 Introduction at the British Science Festival

John Cage is perhaps most famously (or infamously) known for his radical work 4’33”. This work, often mistakenly described as a work of silence, is fundamentally about allowing for and accepting the sounds that surround us. Traditionally, such sounds might have been considered extraneous or unwanted in relation to music. But Cage’s view was different: there is music to be heard everywhere.

In 1969 in an article called ‘Happy New Ears!’, Cage wrote that ‘the function of Art is to imitate Nature in her manner of operation. Our understanding of “her manner of operation” changes according to advances in the sciences.’ He goes on to say that: ‘These advances in this century have brought the term “space-time” into our vocabulary’. This term, appropriated from physics, is fundamental to the way that artists working with sound can and do think about their creative work.

The piece we are performing tonight – Solo for Trumpets – encapsulates Cage’s approach to freedom, silence and exploration of sound. The version we are presenting updates that work by marrying it to the technologies available to us now. This is a Solo for Trumpet and Electronics.

At the end of August, Simon and I travelled to three iconic locations in East Yorkshire and recorded a performance of the Cage piece in each. These were a spectacular cavern on the north landing beach on Flamborough Head, the top of the Spurn Point Lighthouse and the underpass underneath the Humber Bridge. I’d like to extend a special thanks to the Yorkshire Wildlife Trust at Spurn Point who were so incredibly accommodating on our trip and gave us a lift across the dunes in a 4×4. I would also like to thank the family from the south of England who stumbled into our exploits in the cave and who may now think that experimental music being performed in caves is a standard part of Yorkshire life.

In true Cageain style, you might hear their voices and splashing in the recordings today. Or the family from Hull whose paths we also crossed. We accept the sounds we encounter.

What you’ll hear tonight is parts of those three recordings selected at random (or not) each time Simon plays a sound. Hopefully you’ll hear the differences in the acoustics – cave, lighthouse, bridge – and the chance combination of materials from the piece . Extracts from Simon’s live performance may also be triggered. Each of those spaces captured in the past will be reconfigured now, in this time. This is a space-time exploration of sound and music.

Chance and accidentalism are fundamental tenets of Cage’s philosophy. We celebrate those tonight. The performance you are about to hear has never occurred and will never occur again.