Mark Slater is a producer, composer, pianist, and arranger, whose music spans intricate, often uncompromising electronic textures and delicate instrumental timbres. His music explores the familiar and the unpredictable, the stable and the volatile, the beautiful and the erratic, and traverses wide stylistic territories. His work sits at the crossroads between improvised spontaneity and the forensic manipulation of sound. He’s always searching for new and interesting sources of sound and ways of working – whether that’s for solo projects or collaborations – though improvisation is always at the centre of how he works.

Mark’s work as a producer began with initial support from Gilles Peterson with broadcasts on BBC Radio One and a release on the Brownswood Recordings imprint. Since then, his production, writing, and contributions to other projects as an arranger, has been released on The Leaf Label, Brownswood Recordings, Wah Wah 45s, Real World Records, Ninja Tune, and E2 Music (the publishing offshoot of Edition Records). In the UK, his music has been broadcast on BBC Radio 1, 2, 3, 4, 6 Music and on BBC One.

With the Nightports project, Mark has co-produced albums with pianist Matthew Bourne, drummer Max Hallett (aka Betamax; the Comet is Coming), and bassist Tom Herbert (Polar Bear/The Invisible), all released on The Leaf Label. Each Nightports project is governed by a self-imposed rule of restriction, where all the music is derived from just one source of sound – whether that’s the featured musician or an object or a place. In addition to the collaborative albums, Nightports’ output includes a live set based on the sounds of their very own beer being brewed and an EP deriving sounds from a 14th century temple in Thailand.

Mark is also one half of the Subsona production/writing team, with guitarist Stuart McCallum, which assembles guitars, pianos, electronics and draws upon orchestral forces to craft a widescreen palette of evocative music. From delicate swirls with fragile and intricate melodies to expansive and immersive soundscapes, Subsona’s output (released via E2 Music) switches between dark, intimate contemplations and bright, pulsing dances.

Most recently, Mark has begun work on a series of solo piano albums, which explore his first-love instrument through the lens of ultra-close microphone techniques to reveal hidden sonic worlds. The first of these albums – Insula – features intricate textural layers and propulsive rhythmic flows to create a cinematic ensemble of pianos (forthcoming on E2 Music)

The idea of different kinds of resonance – acoustical, temporal, historical, cultural, biographical, analytical – is central to the way he thinks about making music. Just as for the production side of his output, improvisation of some kind is always central to his compositional method. All his pieces explore in-the-moment freedom in some way – either as part of the process of writing or in performance. His compositions have been performed across the UK and in America, Australia, China, Czechia, and Norway.

Recent performances of his compositions include: Flourishes as the Fruit as part of the York Late Music series and again at Kings Place, London with the Juice vocal ensemble; Apheresis for trumpet and electronics at the Janáček Academy of Music and Performing Arts (Brno, Czech Republic), and at the Norwegian Academy of Music (Oslo, Norway); Elegy for a Resonant Space as part of the British Science Festival, and then in St. David’s Hall, Cardiff; Fiery Verticals for flute and electronics in Hull; a re-imagined version of John Cage’s Solo for Sliding Trombone & Electronics (after John Cage) performed by trombonist Matthew Gee (Royal Philharmonic Orchestra) at the Juilliard School in New York; and Sea Change and Echo Wall for trumpet and string quartet in Tianjin, China. 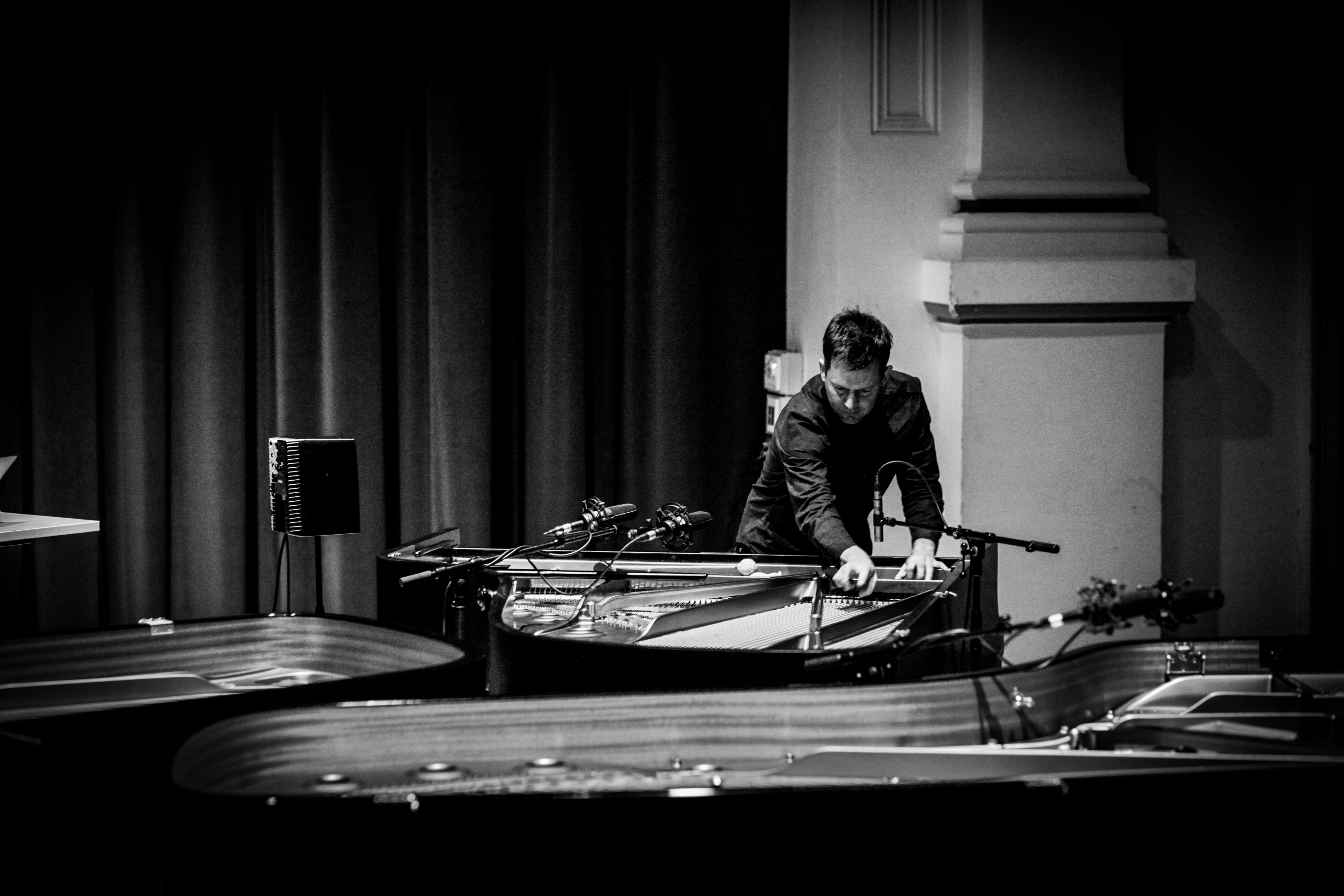