This version of John Cage’s Solo for Sliding Trombone (1957-58) was written in collaboration with Matthew Gee.

Performed in June 2016 by Matthew Gee at the Juilliard School in New York as part of the International Trombone Festival 2016.

This is a reworking of John Cage’s Solo for Sliding Trombone (1957-58) made in collaboration with Matthew Gee with the intention of updating Cage’s earlier work to include electronics. The electronics part maintains some of the chance procedures at play in the Cage’s original piece by selecting pre-prepared samples and exposing the live performance to a variety of processes with random procedures built in. 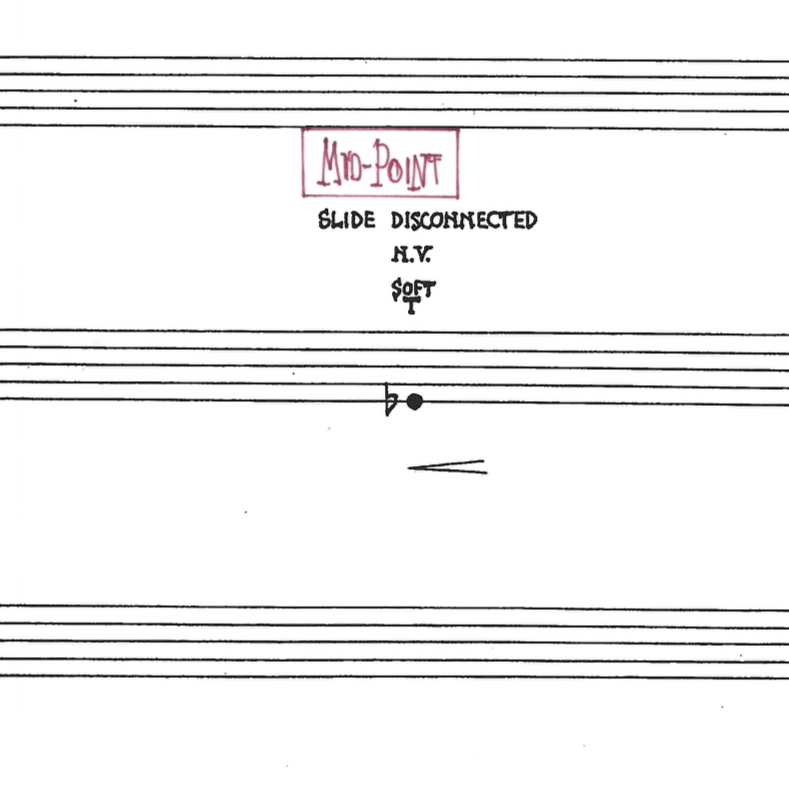 Watching performances of John Cage’s Solo for Sliding Trombone (1957-58), I see the trombonist washed up on the foreshore of the stage robbed of familiar melodies, rhythms and harmonies, and stripped of the iron-warm camaraderie of the trombone section – but carrying on, chin up, regardless. What’s left is a remnant of that former self, granted some solace by the curated paraphernalia of bizarrely shaped, clanking pottery. This vestigial character, battling away, offered (in the late 1950s, at least) a new way of seeing and hearing this instrument through a demonstration of isolated, rich, barely-there, powerful, delicate, blurry and focussed sounds. Such a mode of performance draws attention to every sound in the performance, including, for example, the clumsy racket of all those theatrical, hardly-necessary mute changes. In preparing the electronic element for Matthew Gee’s re-imagining of this piece, I focussed on these residual sounds in deference to Cage’s reframing of the trombonist and, of course, in pursuit of some new and interesting noises. There are three elements to the electronics: 1) time-stretched segments from selected passages of Matthew’s performance that provide a kind of counterpoint (with a nod to Mike Svoboda’s multi-layered rendering); 2) triggered samples of the in-between sounds that would’ve normally been thrown away (breathing, foot noises, the percussive table of mutes, the incidental clink of the jar) selected at random from a palette of 18 sounds; and 3) a reharmonisation of the live performance using intervals derived from the performed segments but selected at random. At times, the trombonist will bathe in and compete with an intense, primal wash of sound that remains recognisably, but residually, Matthew’s trombone. At other times, the trombonist will be left to navigate silence and just-perceptible wind and scraping. Either way, every movement and sound of this lone figure, up there in the light, unable to retreat, is magnified and laid bare in a rich interplay of vestiges.

This piece is for trombone and live electronics. It is preferable for the live electronics to be performed by a separate person in order to be able to achieve a good blend of electronic and acoustic sounds in the venue, but it is entirely possible to perform this solo. The MaxMSP patch includes a straightforward, intuitive user interface so no specific knowledge of building MaxMSP patches is required to perform this work.

Equipment required to perform this piece is as follows: