First performed on October 6th 2016 in Middleton Hall at the University of Hull, UK by the Mavron String Quartet.

The Turning Room is a response to Carol Ann Duffy’s poem ‘Words, Wide Night’ from the 1990 collection The Other Country. The starting point for the work (both compositionally and in performance) is a transcription of Duffy reciting the poem, leading to a series of melodic and rhythmic cells that are explored and exploited throughout the work. Just as the room turns slowly away from the moon in the poem, the musical manipulations are very much concerned with different kinds of rotation (around the quartet with various pairings, with pitch intervals). Drawing influence from Björk, Reich and Feldman, the work is sometimes sparse, sometimes repetitively rhythmic and sometimes exuberant. 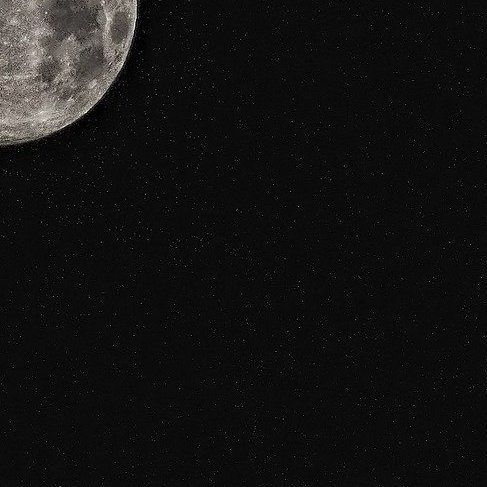 This, my first string quartet, is a response to Carol Ann Duffy’s poem ‘Words, Wide Night’ from the 1990 collection The Other Country. I meant to write it in 2002, but got distracted. Despite the hiatus, the evocative qualities of the poem maintained their power when I came back to it. Notions of distance – between cities, houses, people? – expressed on a celestial scale are made human and intimate by the domestic, inhabited room ‘turning slowly away from the moon’. And there’s also the impossible song rendered in print (‘La lala la’) that prompts a question about the musicality of spoken language and what a musical response might sound like. These were my cues.

The first movement – an exposition – takes as its starting point a recording of Carol Ann Duffy reading the poem (which can be played before the performance). The cello (mostly) leads, with melodies derived from a transcription of the pitch and rhythm of Duffy’s rendering over which the rest of the ensemble shifts through a fleeting, barely-there harmonisation. The first movement is, quite literally, the poem for string quartet (heard through the lens of my sounding).

Each subsequent movement takes a small cell of material (a pitch contour, a rhythmic unit) from the opening exposition and extends it, turning it this way and that. ‘For I am in love with you’ describes the first-movement origin of the material for the fifth movement rather than slush (no fear, there’s a bit of that elsewhere). Ideas of turning, of rotation, of distance between parts and of space between the players on stage govern much of the organisational approach. For example, in the opening section of the second movement, the instruments are paired in all combinations and superimposed to make a pair of pairs; the pitch movement of each pair traces out an intervallic relationship that resembles rotation in three-dimensional space (imagine the right-most nodes of the plane receding away from you).

Rotations and pairings happen elsewhere in the piece (sometimes as accents swirling amongst the quartet and around the stage, sometimes as ‘traditional’ motivic treatments, sometimes in ways that a serialist would recognise). All of this, happening under the bonnet so to speak, underpins a curation of sounds that owes much to the vocal clusters of Björk, the stasis of Feldman, and the modal and rhythmic kaleidoscopes of Reich. Had I written this piece in 2002, it would have been a very different beast (no doubt some form of hardly-listenable hardcore experimentalism as was my wont then). Since then, happily (I hope), my work in the studio making all sorts of things with all sorts of people has taught me about curation, processing, translation, transformation, agility, playfulness and – probably above all – how to focus on the sensuousness of sound. In essence, the starting point of transcribing the spoken poem is just that: a celebration of the sensuous qualities of the poem rendered as sound, then rendered again for the string quartet.