Written in praise of Judith Weir for Encaenia 2017.

First performed on June 17th 2017 at the Sheldonian Theatre in Oxford, UK

This 1-minute fanfare was commissioned to open the Encaenia 2017 congregation at the Sheldonian Theatre in Oxford. Professor Judith Weir was one of the honorands in 2017, to whom I pay tribute in the origins of the musical material for this fanfare (recalling Weir’s Praise Him with Trumpets in the ascending gesture to begin). Cage and Britten are also referenced throughout this fanfare, creating historical as well as acoustical and antiphonal resonances. 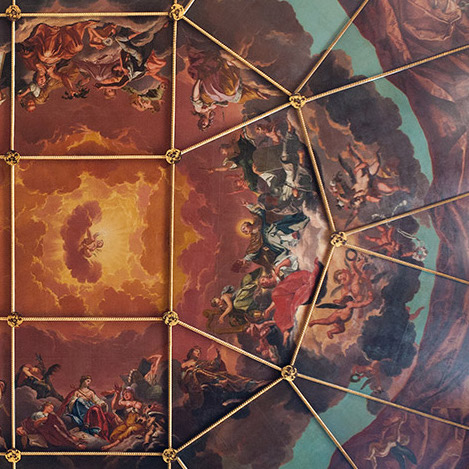