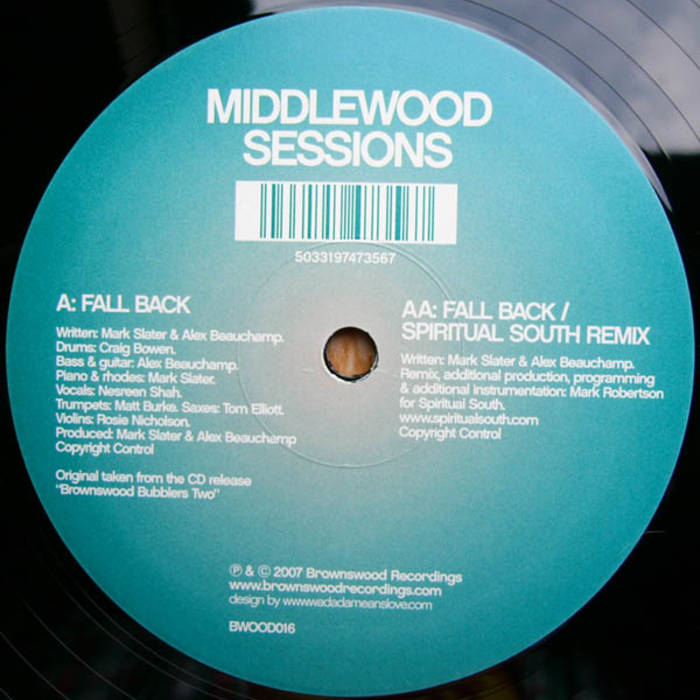 This was the debut release of the Middlewood Sessions project, released on Brownswood Recordings with a remix by Spiritual South on the B side. Recorded in a tiny box room in Sheffield, this track set the project on the road towards the sweeping strings and horn lines plus driving rhythms that came to characterise the later album. With initial support from Gilles Peterson, this track and its remix was also included on compilations and in DJ sets by Laurent Garnier and Tom Middleton.